A New York woman of Asian descent was shocked when a hair salon used an offensive racial slur to describe her on a client docket.

On Monday Briana Tae, 26, attended a Drybar outlet in Manhattan as she was preparing for her nursing school’s pinning ceremony.

However she was stunned when she saw what was written about her on a slip called ‘The Tab’ which is used by employees at the salon.

Under a heading labelled ‘Description of client’, an employee had written ‘c****y eyes’ in reference to Tae.

After speaking to the worker, Tae shared a photo of the receipt on her Facebook page describing what happened to her.

She wrote: ‘I’m quite disgusted by this experience, especially the night before a day of celebration for all my accomplishments in nursing school.

‘I demand a call from corporate regarding this incident as I will not let racism be silenced.’

Tae, who attends New York University’s nursing school, was disappointed to see the inappropriate comment and walked over to ask the receptionist about it.

‘She tried to make me feel somewhat better by saying she had c****y eyes too,’ Tae wrote. 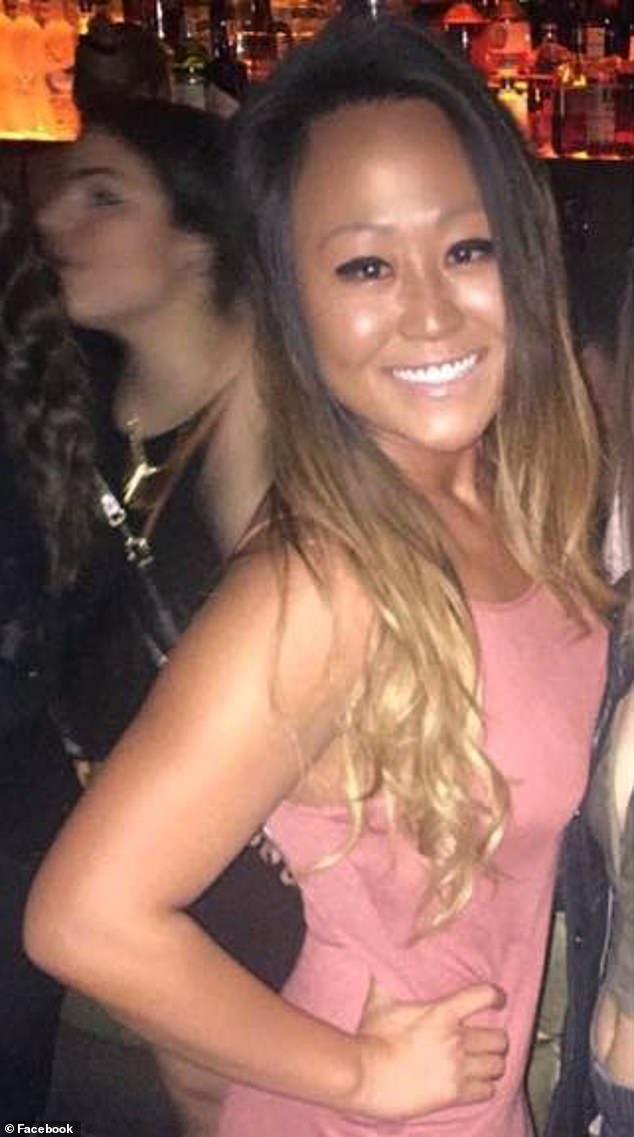 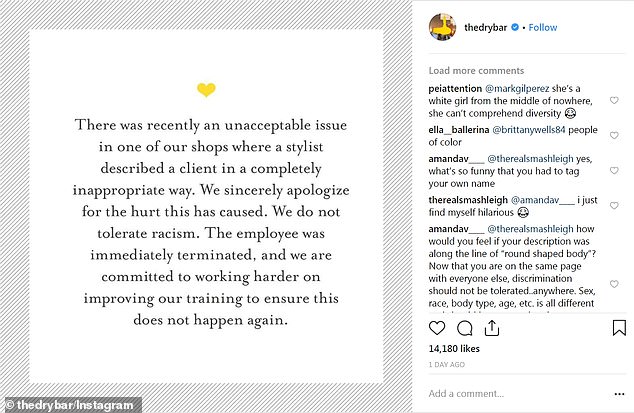 Tae later told NBC News that she did her best not to let the incident at the Drybar in Murray Hill overshadow her special day.

She said: ‘I wanted this day to be really special. I saw that, and I couldn’t let it go.

‘I didn’t cause a scene, and I told her privately this was racism.

‘There are so many people of so many colors, so when she said she has the same eyes, it was very upsetting to me.’ 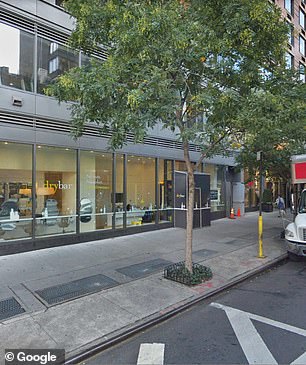 On Thursday the company posted a statement on Instagram apologizing for the incident and saying it does not tolerate racism.

In the post, the company confirmed that it terminated the employee involved in the incident.

It added: ‘We sincerely apologize for the hurt this has caused.

‘We are committed to working harder on improving our training to ensure this does not happen again’.

Tae claimed that she wanted more awareness about terms that can be offensive to people.

She added: ‘We’re all humans and we all want respect. I was graduating that day… this was a big day for me.

‘And unfortunately when I think about my pinning ceremony, I’m going to think about this incident’.

Drybar is a salon which offers in just blowouts. Patanjali gets control of Ruchi Soya for Rs 4,350 crore

Stylish new salon with a twist