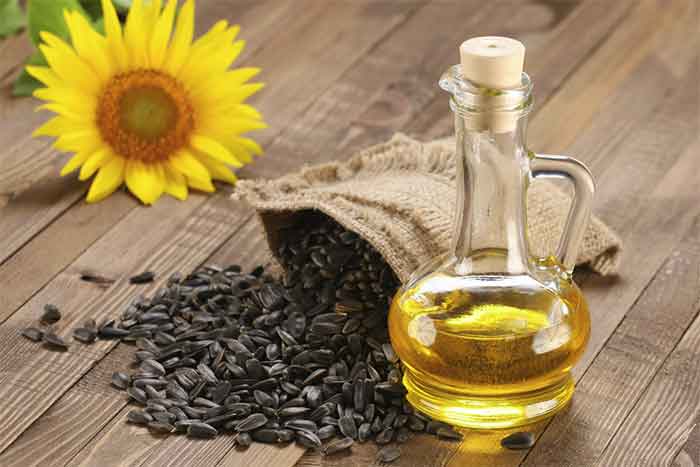 The Food and Consumer Affairs Ministry informed the Rajya Sabha in the first week of  August  that the sharpest rise in retail  price of edible oils has been recorded in 2021 on a year-on-year basis since 2016. The price of sunflower oil this year has increased by 41%, folowed by a rise of 37% for soyabean oil, 35% for palmolin oil, 29% for mustard oil, 17% for groundnut oil and 30% for the so-called vanaspati ( hydrogenated oil). All this is in comparison to the previous year 2020. Clearly the price rise is more for those oils in which a big share is imported. So the gains of higher price are going more to importing traders or other countries and not to our farmers. There has been a significant increase in imports price and a very big increase in the total import bill of India for edible oils this year is already being predicted by industry and trade sources.

However to talk merely in terms of the price rise in imports or exogenous factors s to miss the real story which concerns the big rise in the  share of edible oil demand being  met by imports. Although India’s livelihood scene is led by farming and in particular India has a very rich heritage of cultivation and processing of several indigenous oilseeds, it is a shame that India has to import around about 60 per cent of its edible oil requirements today.

Traditionally, farmers in vast areas of India have  rich experience in cultivating several oilseed  crops including groundnut, mustard, sesame, coconut, not to mention cottonseed and several minor but nutritious oilseeds ( such as those grown by tribal and hill communities). These various oilseeds used to be well-integrated in the overall crop-rotations and mixed farming systems, related also to soil conservation needs. Linked to this cultivation of oilseeds were a very large number of cottage and small-scale oilseed processors. When oilseed was processed close to villages which produced them, edible oil obtained was more nutritious and villagers could  also have better access to the by-product of oilcakes needed for dairy animals, increasing milk production, resulting in more local production of ghee, considered a very healthy cooking medium in villages. Oilseed crops gave several other residual nutritious edibles in other forms including nuts and seeds, raw and ripe coconut slices, coconut water , green leafy vegetables ( like the famous sarson da saag of Punjab ). Good quality edible oils also have health uses as medicine and for massaging body.

With this rich heritage India could easily have emerged as a world leader in healthy edible oils, providing the base for sustainable livelihoods of a very large number of farmers and small-scale processors.   Instead it has emerged as one of the biggest importers of edile oils. What went wrong?

With the hurried introduction of the so-called green revolution, many time honored rotations and mixed farming systems were rudely disrupted, providing a seback to oilseed crops in some areas. As edible oil shortages started appearing, big businessmen used these opportunities to import cheaper oils for producing hydrogenated oil, calling it vanaspti oil despite this being harmful for health. As big business interests started seeing more profits in importing cheaper and less healthier oils like palm oil, farmers growing indigenous oils started having difficulties in getting a fair price for their crop ( despite consumer preference for indigenous oilseeds) due to the ready aailability of much cheaper alternatives. Hence the cheaper imported oils were used as a disincentive to grow indigenous oils, a trend which went on increasing and was facilitated greatly by the WTO trade regime. Indigenous oilseed production started stagnating at a time of increasing overall need, and at the same time edible oils became less healthier.  With the introduction of genetically modified cottonseed oil, a by-product of the spread of Bt cotton, health hazards associated with edible oils increased further. It is suspected that some GM edible oils have also been imported,and the GM lobby made very strong efforts to introduce GM mustard crops as well, a move whoch would have been disastrous for health and nutrition if it had succeeded ( it came very close to succeeding as the GM lobby is very strong in the present union government and these attempts are still continuing).

Once the oilseed sector had got dominated very heavily by imports, it was only a matter of time when any big increase in the price of imports would lead to a big rise overal in edible oil price in India, as big business and traders interests have also got used to squeezing big profits out of trade deals. In this situation a new demand has come up for the government to reduce edible oil price for consumers by reducing edible oil import duties significantly. However the real policy option is not to facilitate imports but to launch a big program to provide many sided encouragement to farmers to increase organic production of oilseeds and emerge as a world leader in oilseeds. To make this a reality it is very important to reduce the grip of big business and importer lobbies, and to keep away the GM crop/food lobby for ever.

Bharat Dogra is a journalist and author. His recent books include Man Over Machine ( Gandhian Ideas For Our Times) and When the Two Streams Met ( Freedom Movement of India).

Essentials for work: Here’s how essential oils can transform your home office