The owner of a San Francisco salon where House Speaker Nancy Pelosi received a blowout last week has revealed that she will be closing her doors because she’s too afraid to do business in the city.

Erica Kious, who has lived in San Francisco for 15 years, told Fox News host Tucker Carlson that she has been receiving a ‘ton of phone calls, text messages [and]  emails,’ following Pelosi’s visit to her salon.

Kious said that people have said that they ‘hope I go under and that I fail’. Kious, who owns eSalon SF, said she was forced to shutter her business after she received threats.

She told Carlson that due to all of the negativity, she’s ‘actually done in San Francisco and closing my doors unfortunately’.

‘I’m actually afraid to go back just because of the messages and emails that I’ve been getting. It’s a little scary and sad.’

Scroll down for video 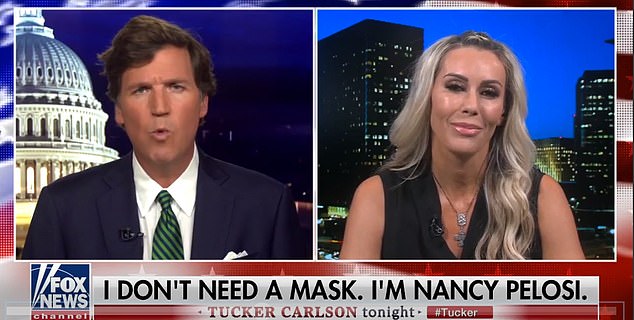 Erica Kious (right), the owner a San Francisco salon where Nancy Pelosi received a blowout last week, said Wednesday that she will be closing her salon because she’s afraid to do business in the city 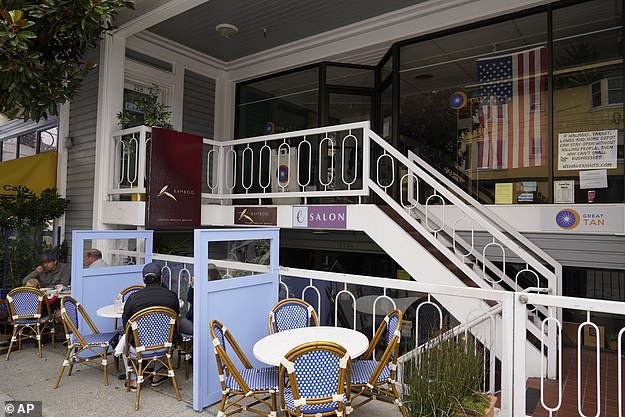 Kious said that people have said that they ‘hope I go under and that I fail’. Kious said she was forced to shutter her business (pictured) after she received threats in the wake of exposing Pelosi’s trip to the salon

Kious and her salon became the subjects of headlines after Pelosi was seen flouting pandemic health guidelines inside the business on August 31 when she received a blowout.

Pelosi argued that she was ‘set up’ by the owner, but Kious has denied those claims and called them ‘absolutely false’.

Pelosi said she had been to the salon several times over the years.

Since the incident, a petition demanding Pelosi be prosecuted for ‘COVID violations’ was launched.

At least 16,000 people have signed the petition with a 20,000 signature goal urging San Francisco Police Chief William Scott to prosecute the Speaker of the House.

‘Not only did Nancy Pelosi knowingly violate health ordinances, but just destroyed a business because she couldn’t take a ounce of responsibility.

‘At a very minimum, Nancy Pelosi must be prosecuted by San Francisco for her flaunting of COVID regulations. Now!’ the petition reads. 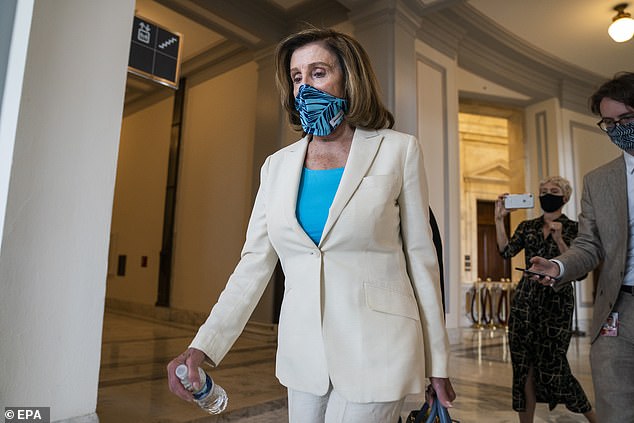 Pelosi (pictured on Tuesday) has argued that she was ‘set up’ by the owner, but Kious has denied those claims and called them ‘absolutely false’

The petition was posted by the Media Action Network, which vows to ‘expose and replace’ liberal media.

‘The ”mainstream” media pretends to be unbiased referees while they operate as an arm of the Democrat party. As long as they’re still faking objectivity, we’ll be there to remind them,’ the site says.

A GoFundMe was also set up to in the wake of the scandal and surpassed its goal of $300,000.

Many have deemed Pelosi a hypocrite for flouting face mask guidelines after criticizing Trump for not wearing one.

When he was pictured in one in July, she said: ‘He’s crossed a bridge. So hopefully by his example, he will change his attitude, which will be helpful in stopping the spread of the coronavirus.’ 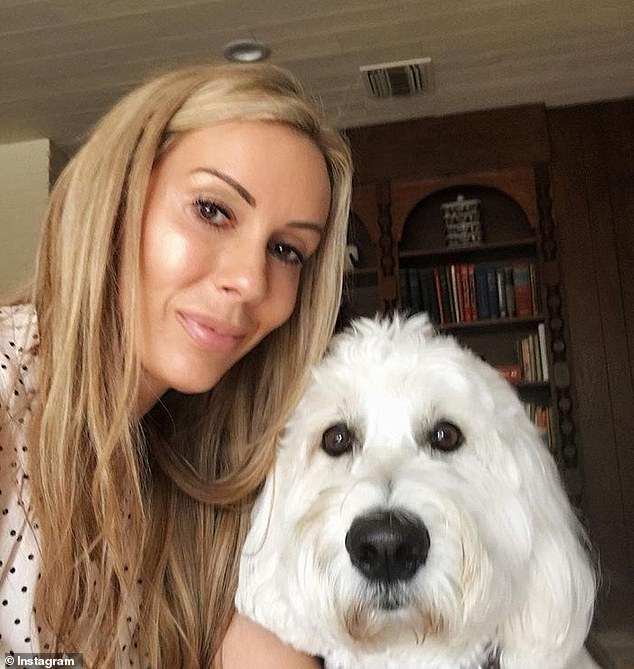 A GoFundMe was also set up for Kious (pictured) in the wake of the scandal and it has surpassed its goal of $300,000

Also in July, Pelosi announced that all members will be required to wear a mask when voting on the House floor. She said failure to wear would be ‘serious breach of decorum’ for which members could be removed from the chamber.

‘It’s a sign of respect for the health, safety and well-being of others present in the chamber and in surrounding areas,’ she added.

Meanwhile, Trump spewed attacks against Pelosi on Twitter, where he questioned how’d she fare in global negotiations given claims the incident was a ‘set up’.

‘Nancy Pelosi said she got ‘set up’ by the owner (a very good one) of a beauty parlor,’ Trump wrote.

‘If so, how will she do in negotiations against President Xi of China, President Putin of Russia, or Kim Jong Un of North Korea. Not so well, I suspect, but far better than Joe Hiden’ would do!’

Trump is just one of several Republicans who have leveraged Pelosi’s controversy as a criticism against Democrats ahead of the November election.

Utah Sen Mitt Romney took a dig at Pelosi earlier this week as he shared a photo of his wife giving him a haircut at their home.

‘Getting cleaned up for resumption of the Senate. Better salon than Pelosi’s!’ Romney tweeted on Monday.

The Best Vanilla Essential Oils You Can Buy in 2020

Essential oils can be beneficial, but should be used with caution | Leisure